Is the Mercedes-Benz A-Class worthy of an A grade? 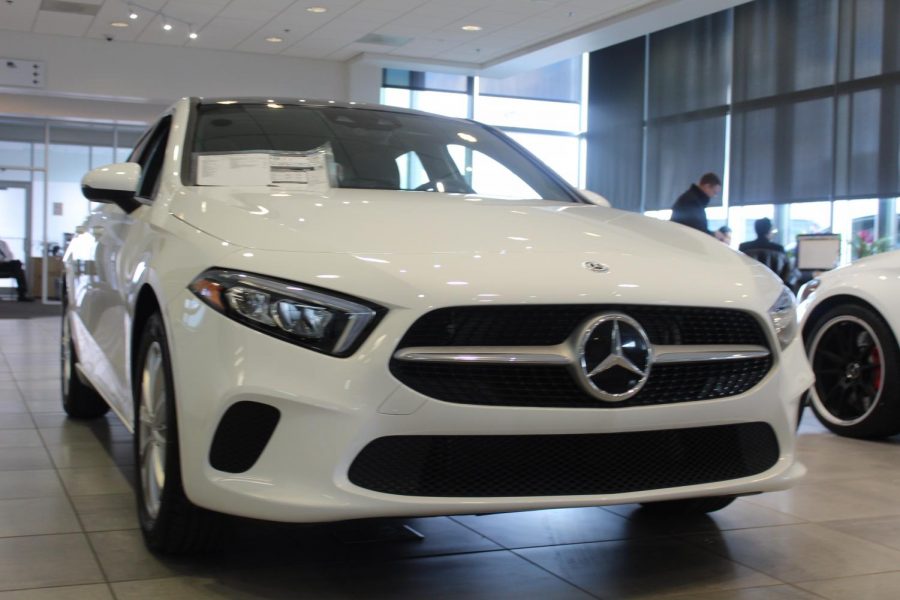 The new Mercedes-Benz A-Class appeals to younger buyers looking for luxury cars because it offers lower starting prices and opportunities for customization.

A Merc. A Benz. A Mercedes-Benz. Everyone knows what they are no matter what we call them. It’s a Mercedes-Benz. The three-point star embellished on the front denotes a car that caters to both elites and wannabes. It’s the brand that people think of first when luxury comes to mind. It’s a brand unattainable to those without the money, until now. The A-Class is here.

The A-Class is the all-new Mercedes-Benz. Well, actually not all-new considering it’s been sold in Europe since 1997. This model year, however, marks the first A-Class sold in the U.S. market. The A-Class is designed to tap into a market of younger buyers for the brand with a low starting price and good looks. The question is, though, can a more affordable Mercedes-Benz be a Mercedes-Benz? The company says yes—yes, it can.

Mercedes-Benz’s reputation for building cars fit for the life of luxury started in 1886 with the Motorwagen, the first car. Not their first car, but the first car. Since then, Mercedes-Benz has been at the forefront of technological advancement in automobiles.

Now with the introduction of the A-Class, it seems a normal person can afford the prestige of having one. The A-Class looks better than the CLA-Class, which is one tier above, but instead, it looks like the future of Mercedes-Benz.

Let me explain: It’s a new front end that the company plans to use in their next generation of cars. The grille’s design is ornate with sharp angles and angular headlights with LED accents. It carries tech brought down market from the S-Class. Yes, the S-Class. The gauge cluster and radio make up one continuous pane of glass comprised of two screens. The cabin has a distinctly modern look with aluminum sprinkled throughout the cabin with a clean minimalist design language for the controls on both the steering wheel and radio.

The car’s 2.0L turbocharged engine delivers decent power that, while not too much, is enough to make quick maneuvers whether it be on Route 83 or 55th Street.

The steering is not anything to write home about. It tracks cleanly and effortlessly, but the lack of feedback is odd for someone who has driven Jeeps and Audis until now. That feedback is the same that tells how strained the car is while driving and can tell if you’ve bumped the curb. The radio is a wonder with its giant screen and easy to use controls. If something needs to be done you can do it with no fuss.

In short, the A-class is what it set out to accomplish: A luxury car.

Then there’s the price. The A-Class starts at $32,500, but that is a base model with front-wheel drive. However, this is Chicago—we need all-wheel drive, a $2,000 option, that brings up the price to $34,500. With options like an upgraded sound system and safety tech—what any teen or millennial wants in their car—the price goes up to $35,900. This makes the new A-Class a catch-22.

Yes, you can buy it for $32,500, but that’s not the one we want. Mercedes-Benz of Westmont, the dealership closest to Hinsdale, has listed an A-Class for $41,700. Granted, it has even more options than the one I priced out for the average teen.

“For the money, that is a great representation of our brand,” said James Cheatham, general manager of Mercedes-Benz Westmont.

The CLA-Class that preceded the A-Class was popular because it wasn’t expensive and had both style and substance. It appealed for its looks and it’s image, but the A-Class is that and more. It is a car that is truly technologically advanced, while at the same time looking like a ten.

At the end of the day, the Mercedes-Benz A-Class, honestly, is a cool car. It seems like a complex car, but in actuality, it is one that is quite simple. The brand is appealing in the same sense of students and how they love the “Central Jeep.”

Every car is just a little different whether it is one that is AWD or FWD, whether one is a special trim or package, whether one is an interesting color, whether it’s an AMG model or not, and whether it’s one that self-drives or not. It is the by-product of endless customization that the brand offers. I think that’s why Mercedes-Benz has accomplished what they set out to do and made a car that younger buyers would want. Yes, people you know might have an A-Class, but yours is always a little different from theirs. That’s what people like nowadays, the idea of being unique yet same, ultimately personifying who we are as people.