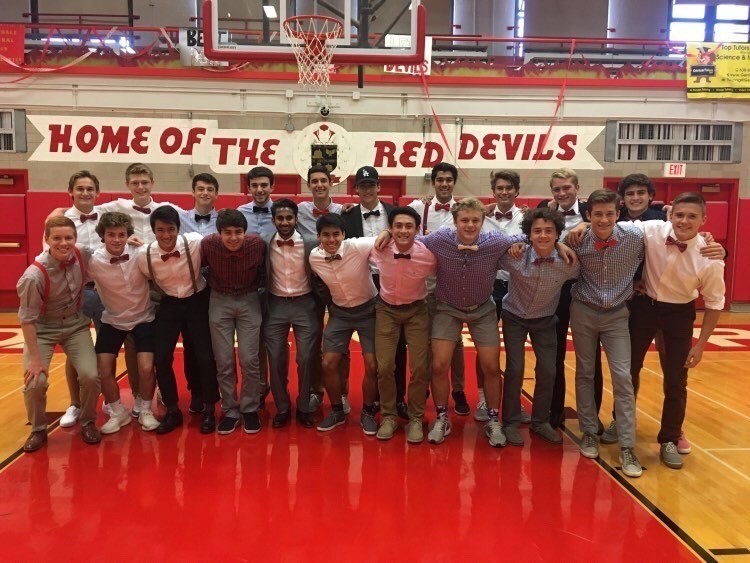 The boys soccer team dressed up for their LT game on Thursday, Sept. 26.

On Thursday, Sept. 26, the boys soccer team lost to Lyons Township High School in a close match with the final score 1-0.

Central soccer players, however, didn’t let this loss come in their way of having hope for their future games.

“For the upcoming games, we need to continue to work hard and find success in scoring opportunities,” said Ashton Wilson, senior. “We have come very close in multiple games with extremely hard work and determination on both ends of the field. I feel as if we are in a very successful position to finish the season strong and to have a great post-season.”

The team carried on their tradition of dressing up for school on LT game days. The players came to school wearing plaid shirts, dress pants, and some came wearing bow ties. They would later change into their soccer uniform before the game to get ready for warm-ups.

“It’s tradition to dress up in bow ties on the game days against LT,” said Jared Levine, senior. “It gets us into the mindset that we’re going to win with class.”

Even after LT scored their first goal, the Central team encouraged one another and finished the game with a positive attitude. The loss didn’t stop the team from being motivated for their next upcoming games.

“We have a very strong team and have great potential to make it very far in the state, we just need to focus on our intensity throughout the game and our finishing in the attacking mind,” said Nic St. John, senior.