The 2022 Grammy Record of the Year category is a mess, again 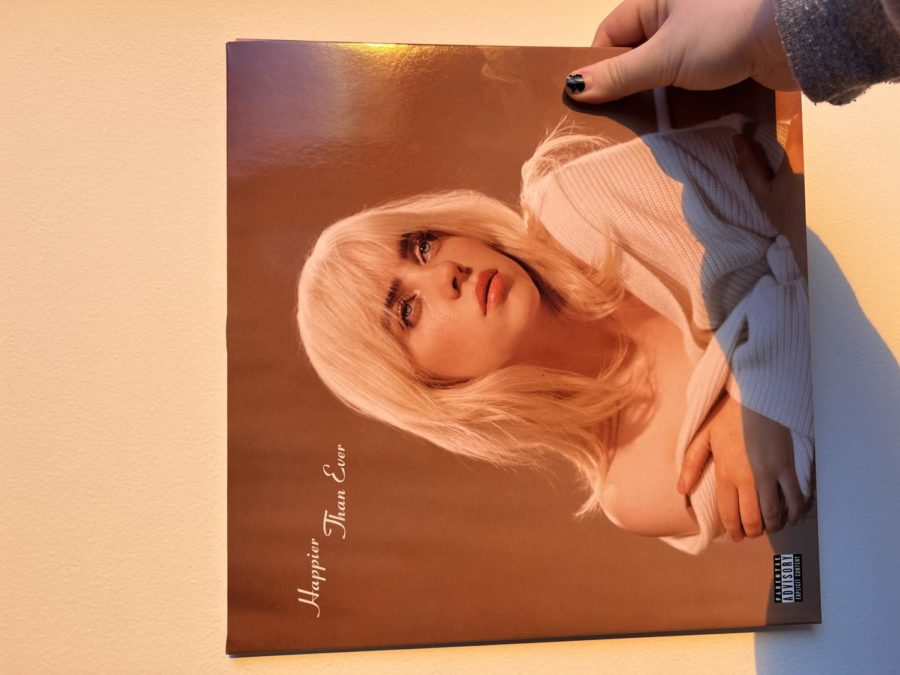 For years, the Grammy’s Record of the Year category has been criticized for its continuous pattern of nominating records that make the word good seem like a foreign concept, while rarely throwing in one that deserves the award. The 2022 nominations affirm these complaints.

On Nov. 23, all 2022 Grammy nominations for the 64 Grammy Awards were released to the public, the most notable category being Record of the Year. The category was on its usual path of being a mixed bag from the Grammy favorites, ten time nominee Billie Eilish and fourteen time nominee Justin Bieber, to the artists often wronged, both three time nominees Jon Batiste and Doja Cat and nine time nominee SZA.

Here are the most noteworthy records in the category, good or bad.

“Happier Than Ever” by seven time Grammy winner Eilish was one of the most anticipated records of the year. Following Eilish’s recent documentary “The World’s A Little Blurry”, fans fled to all forms of social media to beg Eilish for the, at the time, unreleased version of “Happier Than Ever”. She gave the fans exactly what they wanted. The first half of the song is the slow and soft ukulele version she played in the documentary. It ends up being quite unmemorable as that’s what Eilish has been releasing for the past couple of years. Though many fans understandably relate to the lyrics, they could find the same feeling of deep sadness they get with this record in any of her others.

However, the second half of the song allows for listeners to feel something Eilish has yet to emote, anger. Eilish’s belt and screams relate a rage that is most definitely noteworthy, causing chills to form across my arms. The lyrics, again, were nothing to write home about, but she most definitely gives the best vocal performance of her career.

“Drivers License” by six time Grammy nominee Olivia Rodrigo allowed for her to make a bridge over to the music industry following her time on the Disney+ show “High School Musical: The Musical: The Series”. The record, though a great introduction for her into the pop industry, was more one-noted, with the bridge almost single-handedly leading this record to the top of the charts. It creates a clear symbol between sidewalks on the street and stoplights to her relationship that had its own paths to cross and red lights.

As well, the bridge allows for Rodrigo to vocally perform unlike she ever has. Her voice lifts it to another level as her vocals are smooth and full of obvious pain. Each other verse was okay with average lyrics, leaving for the song to fall flat in the beginning. However, the bridge, again, allowed for what I assume to be a brilliant future for Rodrigo.

“Kiss Me More” by Pop and R&B sensations Doja Cat and SZA was arguably the collaboration of the year. Winners of the MTV Video Music Award for Best Collaboration, who both carry unbelievable vocals and irreplaceable performance values, created a record that should be envied by all artists. The mix of Doja Cat’s more sharp vocals and SZA’s more smooth ones blended to this topping the charts record, peaking at number five on the Billboard Hot 100 in the U.S.

This record being the first single for Doja Cat’s album “Planet Her” introduced the album without fault, emphasizing the beauty of love from a woman’s perspective. Though the lyrics weren’t the best on this list, I really don’t mind. The melodies, instrumentals, vocals, etc. are all so unbeatable that the lyrics were the last thing one could think about.

Bieber, who has somehow collected a whopping 312 awards across multiple award shows, embarrasses himself by repeating the same lines over and over and over again. His voice is so unbelievably autotuned that I can’t even criticize him for it. It is, as well, like three separate songs put together. The trio must’ve never talked before making this record as there is zero correlation between their separate parts. I am astonished this is on the list for Record of the Year, and if it wins, you will find me boycotting music.

“Freedom” by the winner of the Academy Award for Best Original Score, Batiste, puts my faith back into music. Batiste, the soundtrack composer for Disney’s hit film “Soul”, has vocals that were made for music. They have a funk twist to them with a range that is obviously due to his numerous years in the music industry. He balances his own vocals with a mixture of other singers in the background, which is selfishly my favorite part of the record.

Written as an expression of black freedom, this record, whether or not you like it, deserves to be listened to. Its message is something that, for many years, wasn’t highlighted by the Grammys and other award shows. This song is beautifully crafted and executed, deserving its spot on the list much more than many of the other records on it.