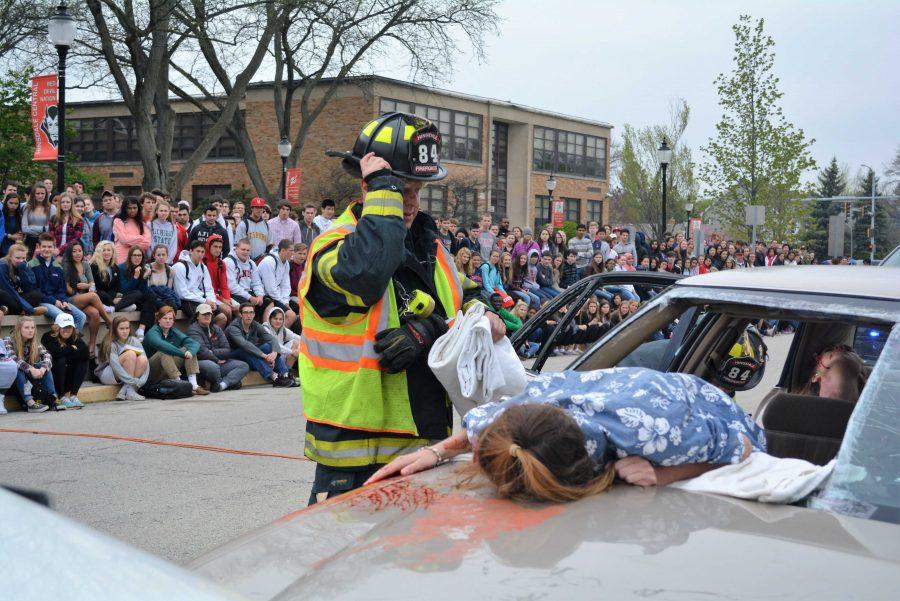 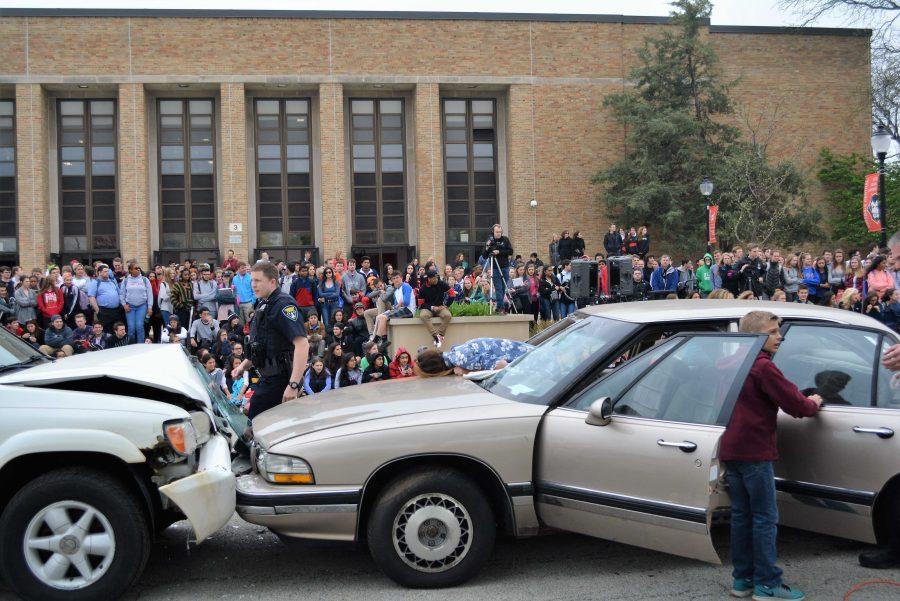 With prom quickly approaching, awareness of drinking and driving is at an all time high. According to 2009 study done by Liberty Mutual and SADD, 90 percent of teens felt that their peers would drive under the influence after prom. However, only 29 percent believe that driving on prom night comes with a high degree of danger. In order to instill the significance of such an act into the minds of Central students, the SADD (Students Against Destructive Decisions) club put on a mock crash crash in collaboration with the Hinsdale Police and Fire Department on Wednesday, April 27, during ninth period outside of the gymnasium.

“This was one thing, since it’s our senior year, that Officer Keller really wanted to have happen,” said Millie Culbertson, senior and one of the leaders of SADD club.

Senior students weren’t informed of the event until the day before.

“I didn’t know what to expect at first, but apparently it’s to teach us the consequences of our actions,” said Ariana Balice, senior.

The skit started with a loud clashing noise to reveal two pre-crashed cars and the people inside them. After that, the police department showed up, followed by fire trucks, an ambulance, and even a helicopter was flown in to take the severely injured to a hospital. Drew Shepherd, a senior who took a role in the skit, explained that their acting was mostly improv, and him and the other actors only took about 20 minutes to practice before the final production. Shepherd was joined by other seniors Chloe Palo, Ginger Gerhold, and Eamon McMahon. Palo and Shepherd as well as McMahon and Gerhold are each other’s respective prom dates in real life, too.

“[Seeing the mock accident] is just so much more realistic for the students,” Gerhold said. “Especially since prom is this Saturday, it’s going to be in their heads.”

Although there was much speculation about the cost of the production, Officer Lilley ensured students that all of the effort was volunteered by the Hinsdale law and safety departments.

For McMahon, it was worth any cost and time, “To have an image in [the students] heads is invaluable.”