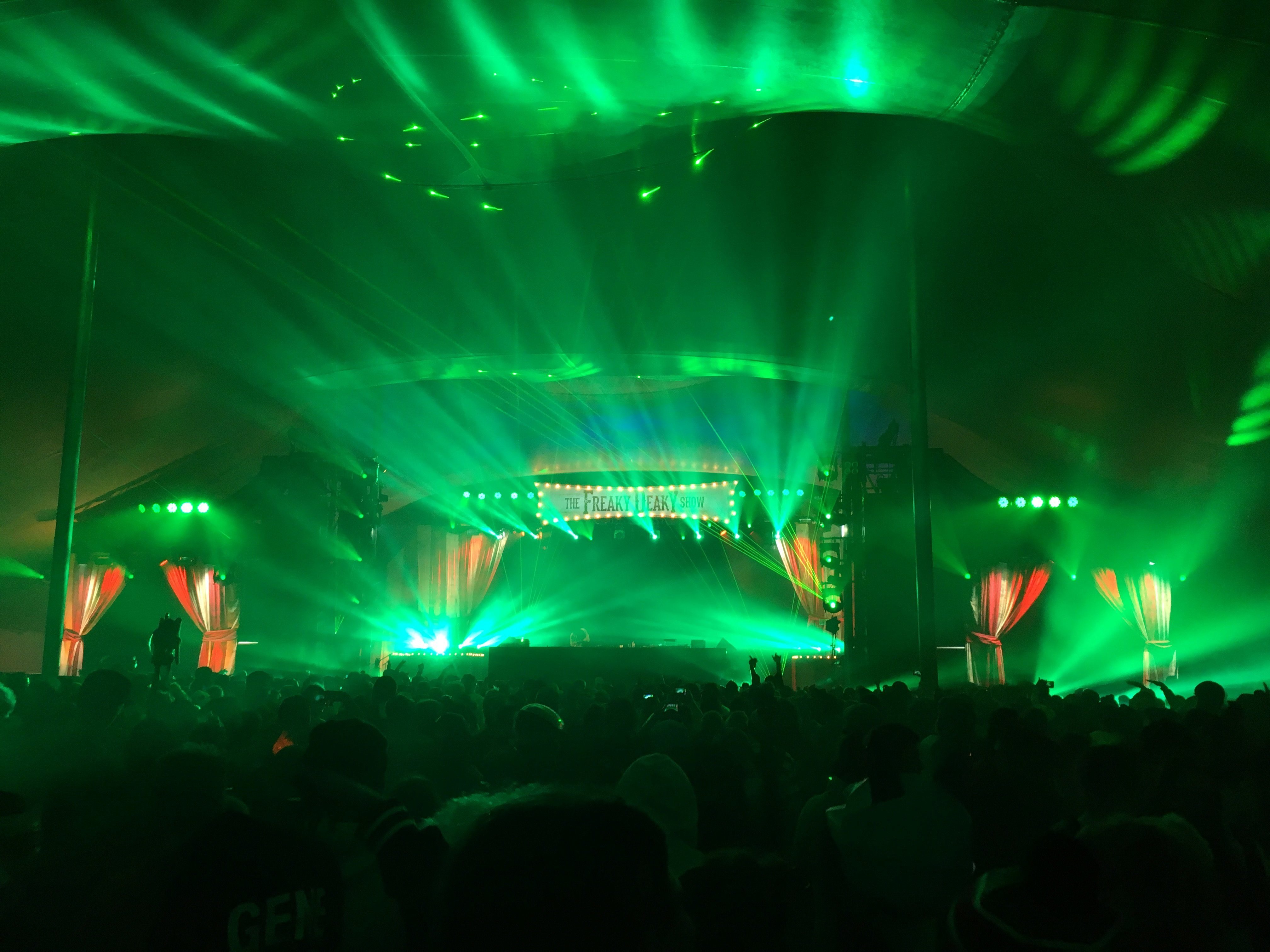 For those of us who love Halloween, but are too old to trick-or-treat, the options have been pretty slim. React Presents, a Chicago-based promotion company, has brought something new to the table: a three day music festival featuring artists from electronic dj’s Bassnectar and Pretty Lights to rappers Mac Miller and Logic. You can see the full lineup here.

Stepping into this festival you are faced with a sensory overload, music coming from all three tent stages, fire shooting out of sculptures, and carnival rides lighting up the night. Freaky Deaky, having an air of a combination carnival/music festival, featured not only amazing musical acts, but food trucks, funnel cakes and fresh squeezed lemonade too. This bright, fun atmosphere led to a weekend full of adventure and great music.

The first day of Freaky Deaky ended with one of my favorite artists, Bassnectar, known for his break beat, downtempo and dubstep styles. Bassnectar has been coming to Chicago for decades, and always puts on a great show. From tours to music festivals like North Coast and Lollapalooza, Bassnectar can’t seem to get enough of Chicago-and Chicago definitely cannot get enough of this talented producer and DJ. Playing a high energy set (seen in video above, Bassnectar – “Noise”) got the entire crowd dancing and feeling like day one was a huge success.

Live intruments accompanied by djing has consistenly created some of the greatest groups like Emancipator Ensemble (video; Emancipator Ensemble – “vv”). This group features a violinist, a drummer, a bass guitarist (who sometimes picks up the cello) and a DJ. This harmony of live instruments mixed and changed live and directly in front of you leads to nothing but awe at the skill of these musicians.

From funky solos to sing-alongs (video; Datsik playing Red Hot Chili Peppers  – “Under The Bridge”) Freak Deaky established itself as a festival worthy of the Chicago music scene, and an unforgettable way to spend your Halloween weekend.