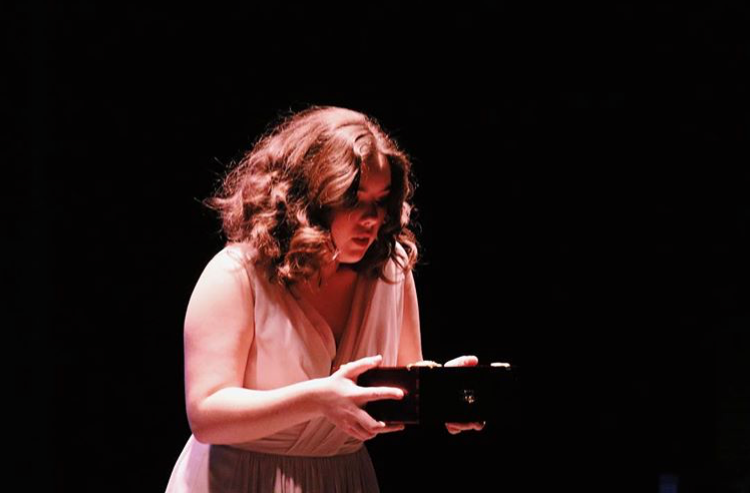 CB: I actually didn’t make the musical until my sophomore year. Ever since then, I have just been setting goals for myself of what I want to accomplish in each musical. And each year the music is great, the people are great, and the experience is great, so it just motivates me to come back.

CB: This year we had to choose one of four songs that were already chosen, and I was really glad that song choices were provided because personally I’m really bad at choosing songs that are best for me, so this just made the audition process less stressful for me.

CB: Other than preparing and practicing my monologue and song, I bought the whole “Cinderella” album and just listened to it nonstop. I listened to the audition song, which for me was from “Bye Bye Birdie”, in the shower. It was just a lot of listening to music.

CB: I’m a little nervous just because I haven’t actually had a prominent lead role since eighth grade. So it’s been four years since I’ve been a lead, but it’s exciting because I’m also excited to go out with one big final awesome performance with all my friends. I’m also going into acting after high school too, and because you have to work your way up in the acting world, I’m assuming it’s going to be a while until I get any sort of lead role again. Overall, it’s exciting. Of course I’m a little nervous, but mostly excited.

CB: In my years here at Central I’ve done between eight or nine shows; I’ve lost count of exactly how many though. I’ve also performed in non-school theatre programs such, as BAM Theatre.

CB: I really enjoyed performing in “The Hunchback of Notre Dame” with BAM. My other favorite experience was our last play “Metamorphoses” because it was just so much fun and so cool.

CB: My favorite musical is “Hamilton” and my favorite production is “Wicked”.

CB: Recently, I’ve really just been listening to the “Cinderella” soundtrack because I’m just trying to get ready for the show.

DA: Which Disney/ fairytale character are you most like?

CB: I think I’m most like Mulan or Snow White. I love Mulan, but I think I look the most like Snow White and probably act like her too sometimes.